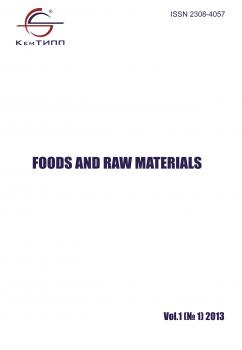 Natural pigments derived from β-carotene exhibit many outstanding features, such as strong antioxidative properties and enhanced color persistence, and have been studied for feasibility in industrial and food applications [1, 2]. Experimental data and clinical trials proved beta carotene and its derivatives, such as canthaxanthin, astaxanthin, zeaxanthin and lutein, to be able to confer beneficial effects on human health. They are able to remove free radicals, strengthen cell walls, as well as have anti-tumoral, immunity-enhancing and cell protecting capabilities that greatly contribute to prevention and treatment of cardiovascular diseases and obesity [3–6].

Currently, carotenoids are one of the natural pigment groups widely used in the food, pharmaceutical, cosmetic, and livestock industries [7–9]. The total value of products derived from carotene worldwide in 2015 reached $1.21 billion and is increasing gradually, 3–5% each year. By 2025, the commercial value is estimated to reach USD $2 billion [10, 11].

Canthaxanthin (4,4’-diketo-β-carotene) is a carote-
noid with stable polyene backbone frame structure, which provides a better antioxidant effect [12–14]. This compound was discovered for the first time in an edible fungus called Paracoccus carotinifaciens and is now obtained from some plant species, crayfish, salmon, mushrooms, seaweed, and bacteria [15–18].

Although chemical synthesis of carotenoids has been long established, recent restrictions imposed on the use of synthetic chemicals in the food and pharmaceutical industries have called for more efficient production of pigments from natural sources. Engineered biosynthesis of canthaxanthin from microbial sources is an alternative to chemical sinthesis due to its advantages including health safety and independence from natural conditions [19]. Particularly, D. natronolimnaea HS-1 bacterial strain was identified as a suitable microorganism for industrial production of canthaxanthin, with canthaxanthin yield of 5.31 mg/L under optimal culture conditions in batch fermenter system [20, 21]. In Vietnam, some strains with high canthaxanthin production capacity, such as Staphyloccocus CNTP 4191, Staphyloccocus CNTP 4192, Haloferax alexandrinus NBRC 16590, and
P. carotinifaciens VTP20181, were also isolated.

Extraction of carotenoids and beta carotene derivatives from bacterial biomass can be carried out by using various techniques. They are microwave assisted-extraction, ultrasound-assisted extraction, pulsed electric field assisted extraction, and supercritical fluid extraction [22–25]. However, efficiency of such processes vary greatly depending on technological parameters, surfactants, and used solvents [26–30]. Therefore, further optimization of technological parameters with respect to output is necessary in process intensification at larger scale [31, 32].

This study was aimed to optimize canthaxanthin extraction process from the biomass of the bacterium
P. carotinifaciens VTP20181 isolated in Vietnam.

The object of the study was dry biomass of Paracoccus carotinifaciens VTP20181 bacteria obtained after fermentation and spray drying. The biomass was packed in vacuum bags and refrigerated at (–4)°C to be prepared for the extraction process.

Extraction. Exactly 100 g of dry biomass was weighed by using a PA214 analytical scale (Ohaus-US, China) and transferred to a 2000 mL three-neck flask. Different volumes of solvents (7:1, 9:1, and
11:1, v/w) were added into the flask and shook to allow solvent penetration into the biomass. The solvent was 96% food-grade ethanol supplemented with 0.5% glyceryl monostearate for more effective extration. The temperature was maintained at pre-determined levels by using the reflux condenser apparatus and a water bath.

A UP200Ht ultrasonic homogenizer with sonotrode S26d14 ultrasound head (Germany, 26 kHz, 0–200 W) was usedfor extraction. The ultrasonic power and time were also adjusted for investigation at certain research levels. The extract was separated from the solid phase through a Buchner funnel and concentrated to obtain the total extract that contained canthaxanthin and totsl caratenoids.

Determination of total carotenoid content. To determine total caratenoids, we used the method of de Carvalho et al. with slight modifications [33]. First,
5 g of the biomass extraxt was extracted with 25 mL of acetone and filtered under vacuum. The permeate was re-extracted three times until the color of the obtained extract was transparent. Purified water was added to the obtained extract to prevent emulsion formation, then transferred to a 500 mL separatory funnel containing 40 mL of petroleum ether. Carotenoids will move to the petroleum ether phase (light phase), and the soluble acetone phase (dense phase) was removed. The separation was performed four times till no solvent was observed. Afterwards, water was removed from the petroleum ether phase by using anhydrous sodium sulfate in a 50 mL flask. To determine tottal caratenoid content (mg/g), the absorbance of the sample was read at
450 nm.

Analytical HPLC was performed with a C-18 column Hypersil Gold (5µm; 150×4.6 mm) on a Thermo system and detector PDA. The methanol-water mobile phase (97:3, v/v) was filtered through a 0.45 μm membrane and degassed. The analysis was carried out at a flow rate of 1.0 mL/min at room temperature. Chromatograms were recorded at 475 nm and used to determine the content of canthaxanthin in the sample, which was expressed as mg/g extract.

Experiment design and optimization. The canthaxanthin extraction process was optimized using the Response Surface Methodology (RSM), with canthaxanthin and total carotenoid contents as dependent variables. Experimental factors of the process included extraction temperature, solvent/material ratio, extraction time, and ultrasonic power. First, the factors were individually investigated to define a set of empirical values and the central range. Further, the obtained values were used in Box-Behnken model using Design-Expert 7.0 software to produce 27 sets of process parameters (Tables 1 and 2). Those sets were then actually attempted to collect data on canthaxanthin content and total carotenoid content, which were fitted in two second-order polynomial equations [35].

The analysis of variance (ANOVA) was carried out to determine the compatibility of the model. The second-order equation representing the general function form of one desired outcome with respect to independent variables looks as follows:

Single factor investigation. Based on some preliminary investigations of canthaxanthin extraction from microbial biomass, we selected the initial parameters for this process: extraction temperature of 35°C, solvent/material ratio of 9:1 (v/w), extraction time of 90 min, and ultrasonic power of 160 W. In our investigations, we varied only one of the selected conditions, other three conditions were kept at their initial levels.

The increasing of the temperature from 30 to 35°C improved efficiency extraction due to the increased carotenoid diffusion capacity and decreased solvent viscosity, which allows for better penetration of the solvent into the material. However, elevating the temperature past 40°C can degrade or oxidize carotenoid compounds. Therefore, to ensure the highest efficiency of canthaxanthin and total carotenoid extraction, we selected 35°C as the optimum temperature for successive experiments. The low level (–1) and the high level (+1) were 30 and 40 °C, respectively (Table 1).

In the next experiment, a solvent/material ratio was varied from 5:1 to 13:1 (v/w). Figure 2b shows that the increase of the solvent/material ratio from 5:1 to 9:1 increased significantly canthaxanthin and total carotenoid contents from 10.2 to 15.1 mg/g and from 14.7 to 18.2 mg/g, respectively. When the ratio was increased to 11:1 and 13:1, canthaxanthin and total carotenoid contents were almost unchanged. Our results were entirely consistent with those of other
researchers [37, 38].

Solute concentrations of the material and solvent significantly differed, according to the equilibrium principle, the outward movement of solutes from intracellular spaces into the solvent occurred at high speed. When equilibrium was attained, the diffusion process would gradually slow down despite the increase in solvent volume. Therefore, the solvent/material ratio of 9:1 was selected as the optimum ratio. The low level (–1) and the high level (+1) were 7:1 and 11:1, respectively (Table 1).

This is because ultrasonic waves act as agents breaking down the cell membrane of materials, which makes the diffusion process easier. However, when the ultrasonic power exceeds the threshold, the excessive number of air bubbles slows down the extraction process. The contact surface between the raw material and the solvent diminishes, resulting in reduced performance. Similar results were revealed by Yan et al. [41]. Therefore, ultrasonic power of 140 W was selected for the futher experiments. The low level (–1) and the high level (+1) were 120 and 160 W, respectively
(Table 1).

Estimation of RSM model and statistical analysis. Two models corresponding to the two target functions, namely canthaxanthin content (Y1) and total carotenoid content (Y2), were estimated using data from the experiments guided by the Box-Behnken design. Four independent variables were extraction temperature, extraction time, solvent/material ratio, and ultrasonic output power. After the estimated function had been obtained and optimal conditions had been calculated, real experiments were performed to verify those optimal conditions and to determine model validity.

Based on separate single factor investigations, 27 experiments were conducted according to the experimental design matrix. To justify Y1 and Y2 response functions, F-, P-, and R2-values were used to evaluate the linear regression analysis results (Table 3). Based on the regression results, canthaxanthin content (Y1) and total carotenoid content (Y2) could be described as independent variables of second-degree functions, as shown in Table 4.

The significance of the regression was also confirmed by F-values for Y1 and Y2, which achieved the value of 22.07 and 17.84, respectively and the very low P-value (P < 0.0001) (Table 3). The coefficients of determination (R2) of the two equations were 0.9626 and 0.9542, suggesting that 96.26 and 95.42% of variability in canthaxanthin and total carotenoid content were explainable by experimental results, respectively. Besides, the value of Adj-R2 (0.9190 and 0.9007, respectively), also showed the high accuracy of the experimental data in the limited range.

Response surface analysis. Three-dimensional response surface spaces were plotted by using Design Expert software. The X and Y axes of the response surfaces in three dimensions represented the two varying factors, while other factors where held at their central values. The Z-axes represented one of the two target functions: canthaxanthin content, and total carotenoid content.

The red areas on the response surfaces represented pairwise combinations that gave desirable outcomes of Y1 or Y2 and depended on the magnitude and the sign of the component variable that formed the response. For example, C exhibited negative signs in both (1) and (2).
Therefore, the area that corresponded to optimal outcomes of Y1 and Y2 in the surfaces constituted by C was smaller than those of remaining pairs without C (AD, AB and BD).

The obtained optimized conditions for the extraction process were: extraction time of 90 min, extraction temperature of 35°C, ultrasonic output power of 145 W,
and solvent/material ratio of 9.5:1. Under these conditions, canthaxanthin and total carotenoid contents were 14.95 ± 0.12 and 18.21 ± 0.11 mg/g, respectively. Theoretical calculation models were completely compatible with the experiment.

This research was funded by project code
No. 10.17/CNSHCB under the project of Biotechnology Development and Application in the Manufacturing Industry to 2020 of the Ministry of Industry and Trade.